I want to share a few May releases I’m excited about and have added to my TBR list. Congrats to the authors on the release of your new books.

TITLE: A Drop in the Ocean

On her 49th birthday, Anna Fergusson, Boston neuroscientist and dedicated introvert, arrives at an unwanted crossroads when the funding for her research lab is cut. With her confidence shattered and her future uncertain, on impulse she rents a cabin for a year on Australia’s Great Barrier Reef. However Turtle Island, alive with sea birds and nesting Green turtles, is not the retreat she expected. Here she finds love—for the eccentric islanders who become her family; for Tom, the laid-back turtle whisperer; and for the turtles whose ancient mothering instincts move her to tears. But Anna finds that even on her idyllic drop in the ocean there is pain, and as the months fly past her dream for a new life is threatened by a darkness that challenges everything she has come to believe about the power of love. (Description found on NetGalley.com) 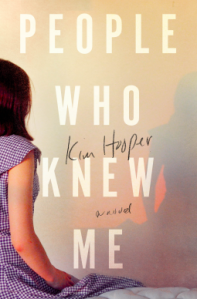 TITLE: People Who Knew Me

Emily Morris got her happily-ever-after earlier than most. Married at a young age to a man she loves passionately, she is building the life she always wanted. But when her mother-in-law becomes chronically ill, enormous stress threatens her marriage. Emily watches helplessly as the devotion Drew once showed her is transferred to his ailing mother. When she’s thrust into an enforced caretaker role, it’s too much to bear. Emily starts spending more and more time at work. That’s when she falls in love with her boss. That’s when she gets pregnant.

Resolved to tell her husband of the affair and to leave him for the father of her child, Emily’s plans are thwarted when the world is suddenly split open. It’s 9/11 and her lover is just one of the thousands of people who have been killed in the towers. It’s amid terrible tragedy that she finds her freedom, as she leaves New York City to start a new life. It’s not easy, but Emily–now Connie–forges a new happily-ever-after in California. But when a life-threatening diagnosis upends Connie’s life, she is forced to confront her past for the good of her thirteen-year-old daughter.

A riveting debut in which a woman must confront her own past in order to secure the future of her daughter, People Who Knew Me asks readers-what would you do? (Description found on NetGalley.com) 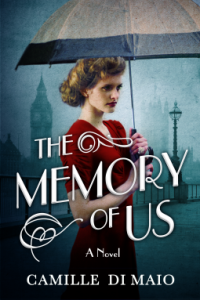 TITLE: The Memory of Us

Julianne Westcott was living the kind of life that other Protestant girls in prewar Liverpool could only dream about: old money, silk ball gowns, and prominent young men lining up to escort her. But when she learns of a blind-and-deaf brother, institutionalized since birth, the illusion of her perfect life and family shatters around her.

While visiting her brother in secret, Julianne meets and befriends Kyle McCarthy, an Irish Catholic groundskeeper studying to become a priest. Caught between her family’s expectations, Kyle’s devotion to the Church, and the intense new feelings that the forbidden courtship has awakened in her, Julianne must make a choice: uphold the life she’s always known or follow the difficult path toward love.

But as war ripples through the world and the Blitz decimates England, a tragic accident forces Julianne to leave everything behind and forge a new life built on lies she’s told to protect the ones she loves. Now, after twenty years of hiding from her past, the truth finds her—will she be brave enough to face it? (Description found on NetGalley.com)

What new releases are you excited about this month?

Tagged: A Drop in the Ocean, Camille Di Maio, Jenni Ogden, Kim Hooper, May New Releases, New Releases, People Who Knew Me, The Memory of Us