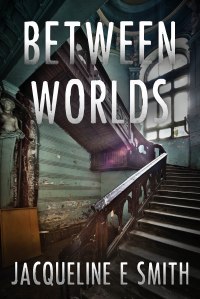 “Someone always dies… Someone is always left behind… Now that his secret is out, Michael Sinclair finally agrees to join paranormal superstar Luke Rainer and the Cemetery Tours crew on an investigation. Not just any investigation. The biggest investigation of their career. Once home to the wealthy Sterling Hall and his beloved wife, Joanna, Stanton Hall Manor in Maine is famous for the love story that inspired it… and the ghosts who now inhabit it. For Luke and the crew, Stanton Hall is a dream come true. Unfortunately, some dreams turn out to be nightmares.” (Description from Amazon)

Between Worlds is the sequel to Jacqueline Smith’s Cemetery Tours. This book starts off pretty close to when the first one ended. Michael see ghosts, but now has some sort of pseudo-celebrity status. As with anyone who says they can see or speak with ghosts, Michael found himself being ostracized for his abilities. He lost his job. Kate’s parents wanted her to have nothing to do with him.

The upside is that there were people who believed him, but they always wanted his help. So instead of keeping to himself like he did in Cemetery Tours he was going on talk shows (not that he was comfortable doing it) and people knew who he was. At times, it seemed like he missed the solitude, especially when ghosts would seek him out for help.

When Michael was let go from yet another job he decided to finally take up Luke Rainer’s offer and be a part of his hit television show Cemetery Tours. That’s when they wind up at Sterling Hall to investigate the story behind the ghost who might be roaming the house. It’s this ghost who puts everyone’s lives in danger, especially Kate’s, so it’s up to Michael to help the ghost move on.

Overall, I loved Between Worlds. It’s great being able to read another “adventure” about characters I enjoy. I feel this series can have multiple books associated with it and thats exactly what Jacqueline Smith is working on. I can’t wait to read more about Michael and his ability to see and speak with ghosts. It’s the only paranormal series I’ve actually been interested in and I can’t wait to read the next books in the series.

“Real love meant loving the whole person, in every form, in every state, in every way. It was what transformed the ordinary monotony of everyday life into extraordinary moments of warmth and compassion and joy.”

“Unfortunately, he’d also come to learn that life was rarely every that simple. It wasn’t like a movie where the credits rolled after all the conflicts had been resolved or a book wrapping up its story on the final page. The story of a human life never ended, not even in death. But really, that was a good thing.” 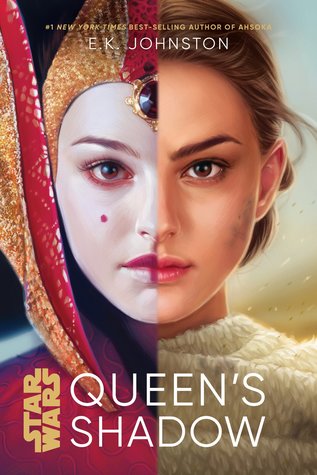 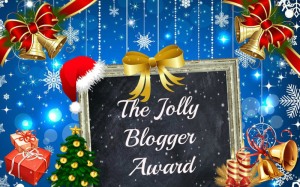